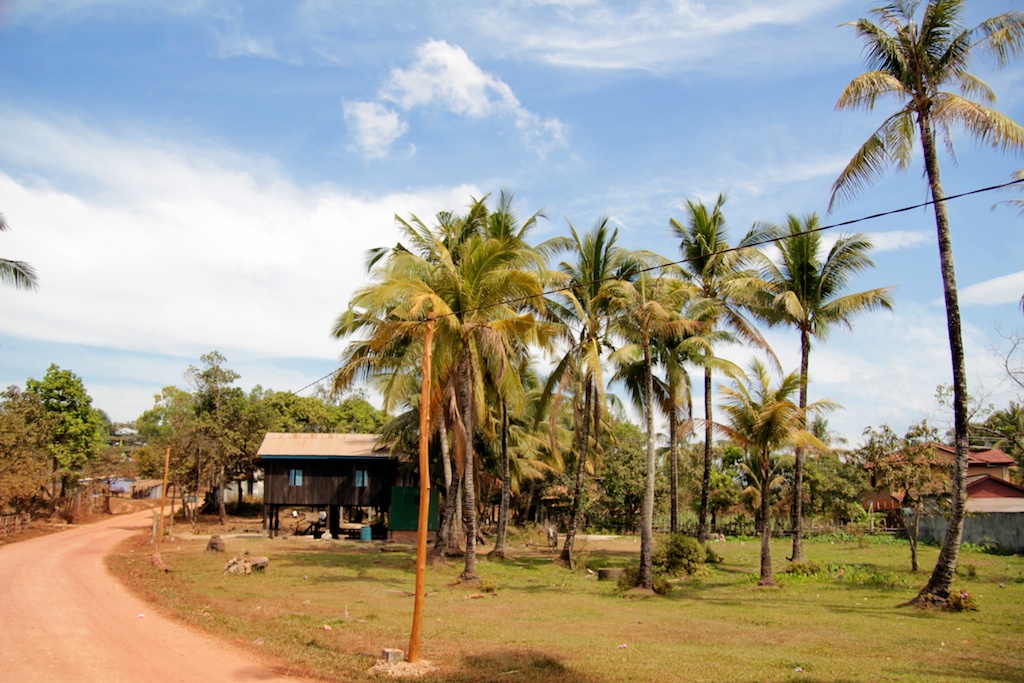 People do not just live, they live by values. People do not just do, they do what they think. Therefore, it is of utmost importance to get behind outward appearances and assumed images, to try and understand why they do the things the ways they do them and how they arrive at most of their basic decisions. We do not have time to consider all of the cultural values of Cambodians but I hope we can begin to understand the profile of the Cambodian by looking at certain basic facts about them and their society.

1. They live by events not by the clock. Their lifestyle is not governed by urban industrial mentality that when the 12 noon comes, they stop for lunch. That is not to say that they do not use watches or do not set times for events, but it is to say that they are event conscious. Events become the focus of attention.

2. They place great value on interpersonal relationships. The whole of life is more or less constructed around this principle. Relationships impact their choices and decisions. The importance of relationships will effect loyalties and how to prioritize their time. Their relationships may even be considered of greater value than their own personal well being.

3. They resist change rather than absorbing change. They are slow and reticent to accept new ideas. The strength of their society lies not in newness but rather in the security of forms and influences and yet not changes their cultural heritage.

Cambodia is a Buddhist/Animist Society

Buddhist religious values permeate the fabric of Khmer society. In fact, Buddhism is a total way of life, a mind set, covering all areas of thoughts, words and actions. To the Khmer, to be Khmer is to be Buddhist, to be Buddhist to be Khmer, to be anything else is to betray your country. These Buddhist values affect the average Cambodian in the following ways.

1. They face life fatalistically. They are resigned whatever lot they face. Let me say it another way: The value placed on personal responsibility is very muted. An illustration or two will help us understand this importance point. When faced with a problem which seems too difficult for them to handle, they will very frequently run away, and in so doing, run from the problem‚ at least from their point of view. Or if facing a decision of serious import, they will seek out a friend or a person to whom they feel responsible and try, if at all possible, to let the decision be made by the other person for them.

2. Decisions are made on the basic of expediency rather than moral principles, primarily because Buddhism does not teach the category of moral absolutes. Moral absolutes in any society are derived from and based on the character of an unchanged God. While Buddha has been deified in poplar Buddhism, Buddha himself made no claim to be god. This has profound implications. It means that almost anything is smiled upon if you do not get caught. In expediency, means justified the end. This is why I have heard parents encourage, even teach, their children to lie. This is why political loyalties can change week by week without any need to give reasons or justify the reasons for change.

3. They have respect for the reality and necessity of spiritual values. They believe in the unseen world. They know the power of the spirit world. It’s not just a part of religious life, its part of their total world view. As a result, you do not need to prove logically anything unseen. You can assume that they accept that as a presupposition of life.

1. Ethnically they are Malay-Polynesian. But culturally, linguistically, religiously and politically they are strongly related to India. The language base is Sankrit and Pali. Again like India, they have taken a neutrality stance in things politically. Their religion came from India and one of their best cuisine is considered to be curry.

2. Because of being under French rule for more than 90 years of their recent past history, they reflect a definite national inferiority complex. There is a careful distinction between personal and national reaction to their colonial experience.

3. Many possess a deep hated toward the Vietnamese and Thai. This colors everything they think, say and do. This hatred is historically like the Jewish and Arab problem. At one time the Kingdom of Cambodia extended west to Burma, east to the South China Sea and north to China. But through wars over many centuries, their land was whittled down to its present size. The occupation by the Vietnamese in the 1980’s serves only to distill and heighten this hatred and distrust. 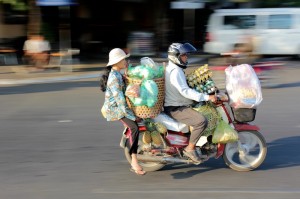 Cambodia is a Southeast Asian Society

1. Like the whole of Southeast Asia, Cambodians are very sensitive about loss of face. This usually takes place under two conditions: being corrected in the presence of a third party, and when work is given unilaterally without their ability to perform the work assigned. That’s the negative side. The more important side is giving face. This simply means giving honor where honor where honor is due, giving recognition to people because of their title and role.

2. They learn best by rote rather than by discussion. As a result, they develop a fantastic memory skill but generally are weak in creative thinking. However, this does not mean they do not think or have ideas of their own. They do. But they are not used to expressing publicly what they think or feel.

Cambodians are a suffering society

The recent generation of Cambodians has endured suffering that is almost unprecedented in history. This includes the agony of civil war as well as the oppression of being crushed and plagued by outside enemies

When creating a profile of any people group, there are no absolutes. But there are certain core context criteria. When asked what Cambodians are like, keep the following five “R’s” front and center: rural, reticent, resigned, rote and relational.

The most effective way to blend into the Khmer culture is through observation: Observation i s a key to emulating Khmer culture because it will show you how Khmers do things and what they do.

1. PLEASE watch your temper and try your very best to remain patient!!! Showing emotion in this culture is oftentimes frowned upon. For example, Khmers will cover up their feelings of embarrassment, nervousness, anger, frustration, etc. by smiling or laughing. It is considered really rude to embarrass someone else, because it means that they are losing face. This can even lead to murder in Cambodia!

2. DO NOT draw attention to yourself! When speaking, do so gently and softly as this is considered proper etiquette. And do not draw a crowd.

6. Khmers generally do not shake hands with people upon meeting them; however, times are changing so if a Khmer woman initiates it is okay. People of the same gender can often be seen holding hands in public, and this is purely seen as an expression of friendship.

7. Take your shoes and hats off when entering a home.

8. If you must walk in between two Khmers in any given situation (usually if engaged in a conversation), it is considered polite to bow slightly when passing.

9. It is considered very rude to beckon someone with your Finger, especially to a Khmer! To them it is the equivalent of calling an animal, particularly a dog. The proper way to get the attention of someone is to use your hand (palm) in a downward position and use your fingers to summon.